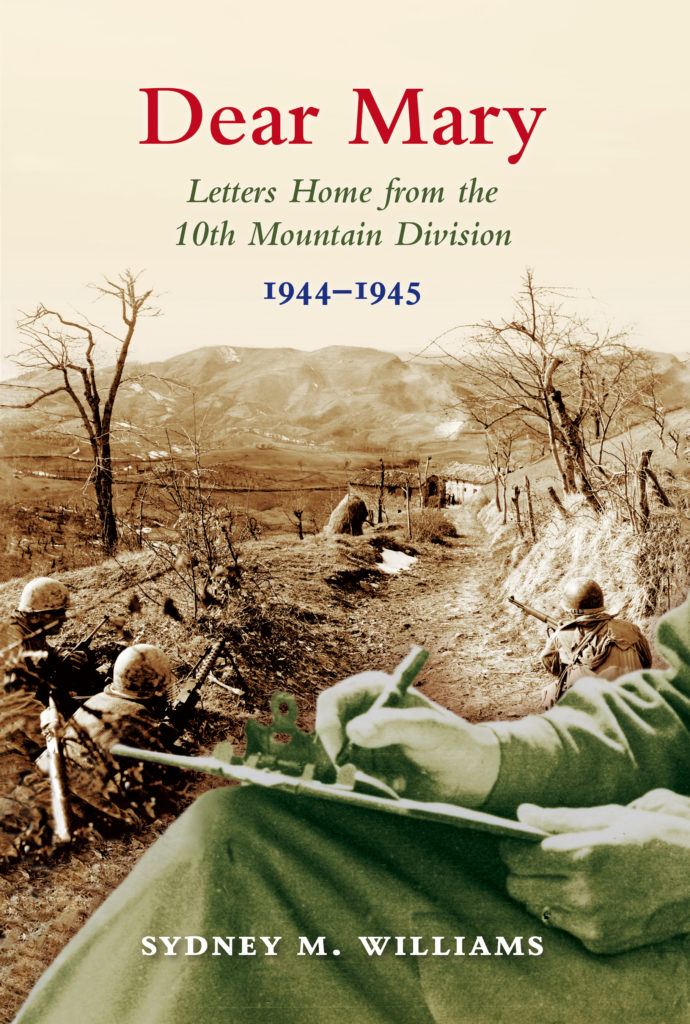 Sydney M. Williams, Jr., joined the American army in early 1944 and served in the 10th Mountain Division in Italy until his release in late 1945. All during that time he exchanged letters with his beloved wife, Mary, and with other family members and friends waiting anxiously for news at home. In Dear Mary: Letters Home from the 10th Mountain Division, author Sydney M. Williams III uses the correspondence between his parents—a married couple in their thirties with four young children—to show what the war was like both on the battlefield and on the home front.

The letters included here are personal and often intimate, but the story they tell is universal. The United States never suffered the devastation of invading enemy forces or sustained aerial bombing. Homes were not plundered. Women were not raped. Starvation was never a constant companion. Yet the conflict took a heavy toll in other ways: at least half the population of the United States had a son or daughter, a husband or wife, a brother or sister, a father or mother serving in the armed forces. The worry brought about by separation, and the fear that came from not knowing what was happening to loved ones, had a profound psychological impact. How did those at home cope? How did those in combat disguise what they must have felt about the horrors they witnessed from those they loved?

Dear Mary also includes commentary that allows readers to follow the course of the 87th Regiment while in combat, drawing on much of the existing literature about the 10th Mountain Division, and listing all the men who served in the 87th.

author of American Dialogue: The Founders and Us

As the Greatest Generation passes into history, those of us who have come after have an obligation to preserve their memory. Why? Because we will not see their likes again. And because they made preservation possible by writing letters, now a lost art. Sydney Williams has done his duty with this collection of letters between his mother and father, bringing together the battle-front and the home-front in a way that is special because of its beguiling recovery of the ordinary in those extraordinary times.

Dear Mary provides a fresh and fascinating perspective on two aspects of World War II: the Italian theater of combat in the final phase of the war, and the life of “ordinary” Americans on the home front. More than that, this absorbing collection of letters shows how two young, married New Englanders made the best of their circumstances when the obligations of military service separated the husband from his wife and four little children for more than a year. How they coped is the real story of this book: a poignant and inspiring story of sacrifice, resilience, and love.

The Second World War is hardly unknown territory, but most accounts are about military events. Here, in a mixture of history and biography, Sydney Williams has given us insight in how the war affected not only the life of his father, serving in Italy, but also of his family, at home in the U.S. In doing so he makes the reader part of that family, which is at the same time exhilarating and humbling. The letters, both from his father and his mother, reveal a world of almost forgotten qualities: good manners, courtesy, considerateness. 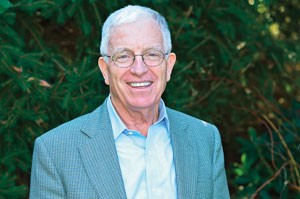 Sydney M. Williams, III, grew up on a small farm in Peterborough, New Hampshire, and later spent his career on Wall Street. Now retired, he lives in Essex, Connecticut, with his wife, Caroline. His other books include One Man’s Family: Growing Up In Peterborough And Other Stories (2014) and Notes From Old Lyme: Life On The Marsh And Other Essays (2016), both from Bauhan Publishing.

There are no reviews yet.

Only logged in customers who have purchased this product may leave a review.